This special boxed set commemorates a century of canonical criticism. The set contains The Grand Game Volume One and Volume Two, with bonus material including a special combined index to both volumes, and a revised and expanded publication about Ronald Knox and the origins of the Grand Game.

1) The Grand Game, Volume One: 1902–1959
Numerous vexing questions about the Sherlock Holmes stories have stimulated the speculations of distinguished scholars for more than a century. This volume of classic articles covering the years 1902–1959 includes material by such luminaries as Ronald Knox, A.A. Milne, Dorothy L. Sayers, Christopher Morley, Rex Stout, Anthony Boucher, Red Smith, and even Franklin D. Roosevelt. Edited by Laurie R. King and Leslie S. Klinger, with an introduction by King, it provides 66 of the best examples of “the grand game” from the early twentieth century. For more details about the book and its table of contents, see the standard edition of The Grand Game: Volume One.

This boxed set volume comes in a special Oxford blue cloth binding with gold stamped artwork of Trinity College on the cover. 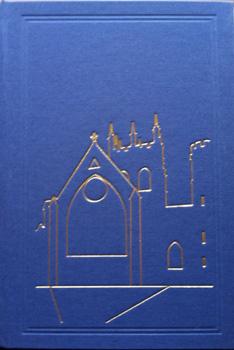 Editors Laurie R. King and Leslie S. Klinger complete their sampling of the best and most important pieces of Sherlockian scholarship in the past 100 years. Volume Two has an introduction by Klinger and articles by notable Sherlockians including William S. Baring-Gould, Tupper Bigelow, Bernard Davies, Lord Donegal, Trevor Hall, Michael Harrison, and many others. For more details about the book and a table of contents, see the standard edition of The Grand Game: Volume Two.

This boxed set volume (cover shown here) comes in a special Oxford blue cloth binding with gold stamped artwork of Merton College on the cover. The book also includes a combined index to both volumes by Adrian Nebbett, essays by Edgar W. Smith and Sidney Roberts, and a letter from Bernard Davies about The Grand Game.

3) From Piff-Pouff to Backnecke: The Full Story
Never before available in a single publication, this book offers a detailed look into the history of Ronald Knox and the origins of the Grand Game. It incorporates the Baker Street Journal 2010 Christmas Annual by Nicholas Utechin as well as his article “The Case of the First Reading” from the Spring 2011 BSJ which featured newly discovered material. It also includes John Linsenmeyer’s appreciation of “Studies in Sherlock Holmes,” letters from Ronald Knox to H. W. Bell with annotations by Steven Rothman, and an introduction by Rothman.

This boxed set volume comes in a special Oxford blue cloth binding with a gold stamping on the cover of a quotation about Knox.

4) Slipcase
The set comes with a gold-stamped slipcase displaying a panoramic scene of the University of Oxford (as shown above).

Q: Can I get a standard edition of From Piff-Pouff to Backnecke?
A: No, this book is only available with the boxed set. Portions of the book have appeared previously in other publications.

Q: How are the Boxed Set volumes different from their standard edition counterparts?
A: The boxed set volumes have different covers and come with a slipcase for the set. A combined index to Volume One and Two of The Grand Game appears at the end of the Volume Two boxed set edition and is not in the standard edition. Volume Two of the boxed set also includes extra essays by Edgar W. Smith and Sidney Roberts, and a letter from Bernard Davies. The book From Piff-Pouff to Backnecke is only available as part of the Boxed Set edition and the Limited Edition Set.